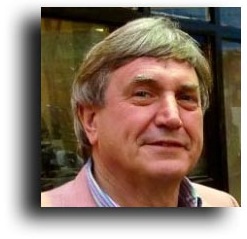 Alan Robinson is a recognised businessman and entrepreneur in the fields of Aviation, telecommunications and media, with a 30 year track record as the Chairman, CEO or Managing Director of companies specialising in the licensing, ownership, design, build, operation and development of complex and often “disruptive” technology and infrastructure projects of medium to long duration and high capital growth.

As an innovative industry leader and founder of many small to medium sized companies (including Telewest), this has necessitated the ability to deal with national and international government licensing of infrastructure, complex international corporate structures, raising substantial equity and debt finance and to sit on the boards of many UK and European companies and trade Associations.

In March 2008, at the age of 56, Alan stepped down as the active CEO of West Midlands International Airport Limited and also as the Chairman and CEO of Convergence International Airports Organisation Limited (“CIAO”), to pursue more actively his passion for flying and photography in conjunction with looking for new business opportunities principally in Africa, America (North and South), Canada and Europe, for ERRAF Limited (an Anglo American Joint Venture company).

From 2005 to 2008 Alan was Chairman of CAFCO-C, airport group holding company and the CEO of Coventry International Airport in the West Midlands. Since 2004 CIAO has been active in the acquisition and development of a number of European regional airports being privatised as well as the design and construction of three new build airport projects in Spain, Italy and a new airport on the island of St Helena in the South Atlantic some 1,500 miles off West Africa.

From January 1991 until January 1996, Alan was also Chairman and Chief Executive of Eurobell (Holdings) PLC. At that time, Eurobell was the UK’s eighth largest MSO operator holding franchises in Crawley, South Devon and West Kent.

Alan was a pioneer, owner and developer of the UK and USA broadband cable telecommunications industry for over 27 years and was responsible for franchising more than 2.5 million broadband homes in the UK. Upon his return to the UK after working in Athens, Greece for many years pre Olympic Games, he established a new presence in the UK regional airport industry when, in 2004, he founded CIAO and Convergence-AFCO Holdings Ltd (“CAFCOHL”) in partnership with Aviation Facility Company Inc (“AFCO”) from the USA.

In 2005 CAFCOHL bid for and successfully acquired through its subsidiary CAFCO (Coventry) limited, the ownership and operation of West Midlands International Airport at Coventry with some 800,000 passengers per annum. CAFCOHL changed its name to ERRAF Limited in December 2008.

His initial training experience was gained in the USA where he worked for, among others, Cable Telecommunications Inc, a business with mature networks and high penetration rates. He has wide experience of commercial cable TV operations and broadband technology.

In 1982, Alan founded Croydon Cable Television Limited, one of the 11 initial UK pilot cable franchises and, as Managing Director, was responsible for its successful construction and operation until the sale of the franchise to United Cable in 1987, which then became Telewest, listed in 1994 for £1.8 bn. During this same period he established and managed Cable Guide Limited, a national weekly cable TV programme listings magazine, formed Crystalvision, the award-winning local channel and Production Company, and the UK Cable operators buying group which is now the BRAVO channel.

In 1987 Alan founded West Midlands Cable Communications Limited (“WMCC”), and subsequently won franchises covering 620,000 homes, including the Black Country (at the time, the largest franchise in Europe) and Telford. From 1989 to 1991 he was the Managing Director of Goldcrest Communications Limited (Goldcrest Film) and he negotiated the profitable sale of the Black Country and Telford franchises to South Western Bell International Holdings Limited. At the same time, Convergence purchased the Crawley, Horley and Gatwick franchise -Eurobell.

From 1993 to 1999 Alan was a Director of the Cable Communications Association (UK) and for a period, held the position of Vice Chairman. From 1994 to 1997, he represented the UK on the European DVB Standards Board.

Alan has been the Chairman of the European Federation of Advanced Communications Technologies (EuroFACT), was a member of the Federation of Electronic Industries (“FEI”), the Trade Association (formerly EEA), and sat on the New Technologies Broadband Committee (“NTBC”) and the European Information and Technology Association (“EITA”); For more than 10 years his company managed or participated in leading edge technology research under the European Research into Advanced Telecommunications (“RACE”) programme under DGXIII; He was on the Advisory Board of the Visionaire Vantage VLJ development programme for 4 years and has been involved in the Eclipse VLJ development of 1,100 aircraft for DayJet.

He is a member of Airports Council International (“ACI”); European Business Aircraft Association (“EBAA”); the Institute of Directors (“IOD”); Aviation Club UK; Aircraft Owners and Pilots Association (“AOPA”); and Experimental Aircraft Association (“EAA”). He is on the Board of Managers of Wingedfoot Aviation Holdings LLC, and the Advisory board of DayJet Corporation (Delaware). He also sits on the Board of The Art of Living Life (Charlotte) and the Advisory Board of The Herring Houses of Dothan (Alabama).

CEO Silk Rout Holdings SA and Silk Route Systems which gained the first International facilities Licence to land a 2,100 km optical fibre submarine cable into Greece from Milan, Italy for 2004 Olympics. Pioneered the use of wireless broadband into Greece and Internet data centres.

PRESIDENT of Convergence Communications of Greece EPE formed as subsidiary of TCG (see earlier 1985) for a bid to build a broadband data system in Piraeus, Athens, Greece.

FOUNDER & MD of West Midlands Cable Communications Limited, which bid for and won the largest UK broadband cable franchise at 500,000 homes in the Black Country. Went on to win Telford and Crawley Horley & Gatwick franchises. Group was sold to Southwestern Bell International Holdings in 1991.

FOUNDER, CHAIRMAN & CEO of Interactive Services & Business Developments Ltd which ultimately became in 1996 The Convergence Group Plc. (“TCG”). This was the master services and management company for all the broadband systems that followed for the next 21 years.